What is “Food Loss and Waste”?

What is “Food Loss” and “Food Waste”?

Food Loss and Waste is the food that is discarded even though it is edible. 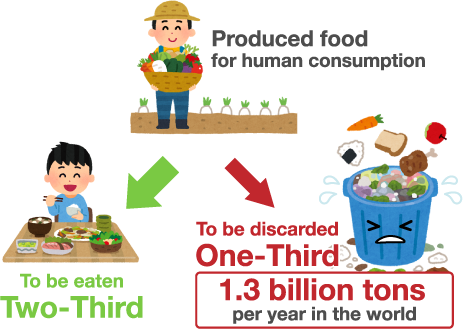 World population continues increasing rapidly.
Total 7.8 billion people live on the earth in 2021. In 2050, it would be 9.7 billion. In 2100, the number is expected to reach 10.9 billion.
However, food supply might be not enough for the increasing population. Therefore, food scarcity is getting more and more serious concern.

Despite of the concern over the shortage of food supply, a report says 1.3 billion tons of "edible" food (one-third that of produced food) is discarded every year. ("Global food losses and food waste" Food and Agriculture Organization of the United Nations 2011) 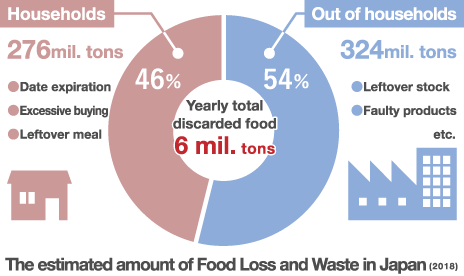 Let's take an example of Japanese case.
In Japan, about 6 million tons is going to be Food Loss and Waste every year at households and industrial stage (reported in 2018 by Ministry of Agriculture, Forestry and Fisheries). Per head of population, one person discards 48kg of food every year.

Link to Ministry of Agriculture, Forestry and Fisheries

Besides, Food Loss and Waste may provoke another issue.
For example, the cost of waste disposal, environmental burden due to CO2 emission, etc.
To solve the problems, the system that can supply food stably and efficiently is required in all over the world.

In 2015, United Nations adopted Sustainable Development Goals, which has 17 global goals to create a better world. No.12, there is "Responsible Consumption and Production". And at the No12. 3. target addresses "By 2030, halve per capita global food waste at the retail and consumer levels and reduce food losses along production and supply chains, including post-harvest losses". 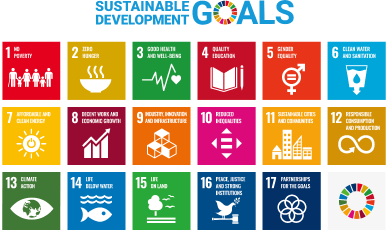 Don't you think it is wonderful if we achieve the target and make the system possible to deliver limited food to consumers efficiently?

What does the inspection system make possible?

What does the inspection system make possible?

When people say "Inspection machine", it might merely indicate the system that finds a foreign object inside food. Of course, it is the system for food safety. But is there possibility to contribute to Food Loss and Waste issue?

Food Loss and Waste along production and processing contains various factors.
One of the reasons, "Foreign Object Contamination" leads edible food to be thrown away. 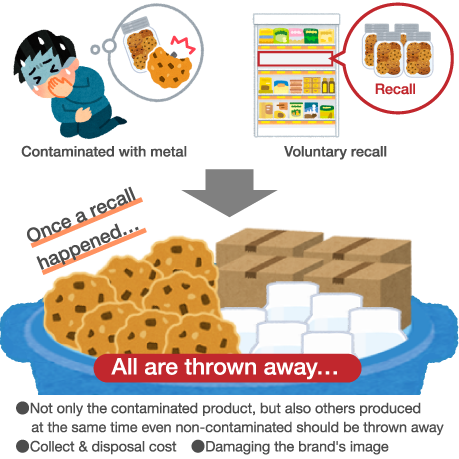 For example, Mr. A bought a bottle of Cookies. When he was about to eat, he found there was a metal fragment and posted the picture on SNS. Then the post was taken up and spread immediately. The cookie factory had to recall the everything has possibility of metal contamination.

This is recall. There might be non-contaminated food in the collection boxes.
Thus, recall can bring Food Loss and Waste.

Of course, producers must want consumers to eat safely and happily.

To prevent Food Loss and Waste

This metal-contaminated cookies were delivered from the factory by passing many processing steps with several ingredients.
When/Where did the metal get into the cookie?
- at flour producing?
- at dough working?
- at chocolate mixing?
- at bottling?
- at boxing?
If the bottle was inspected before boxing, the recall might had been prevented. Then the contaminated bottle could be discarded, and others had been safely delivered to consumers.
If it was before the bottling, the bottle and box was not going to be waste.
If, the metal was found at the earlier stage, for example when the flour was made by wheat, the eggs and butter were not going to be waste.
And if at every processing stage inspection system existed, the producer could have ascertained where it was in and take measures to the factor correctly.

For producers, the earlier a foreign object is detected, the less waste (products that are discarded with the foreign object) will be and its cost will be reduced too. Besides, it could be easier to find the place where the product is likely to be contaminated. Thus inspection systems can contribute to Food Loss and Waste issue.

Our challenge to reduce Food Loss and Waste.

Our challenge to reduce Food Loss and Waste

We, SYSTEM SQUARE contribute to the issue by providing inspection systems that prevent food contamination and improving technology. 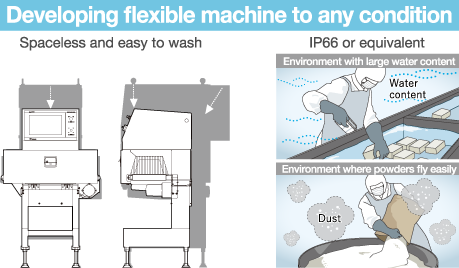 At food producing/processing factory, sometimes there are difficulties to install a machine due to its hard environment. We have been developing and providing tougher machines for those environment even harder conditions. 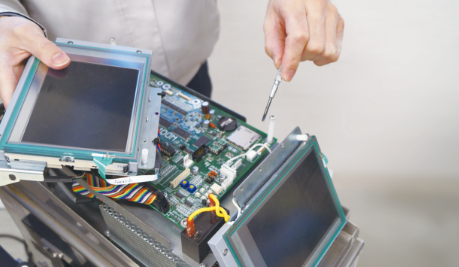 Even if an inspection machine is installed in a production line, it cannot be said that contributes to Food Loss and Waste issue. To keep running the machine after installation, we provide after-service with our skillful partners in the world.

Due to its principle of inspection machines, some foreign objects are challenging to be detected. By developing new technology that can detect much smaller and various types of objects, we believe it can contribute more. That is why we are always challenging to find a new way to detect. 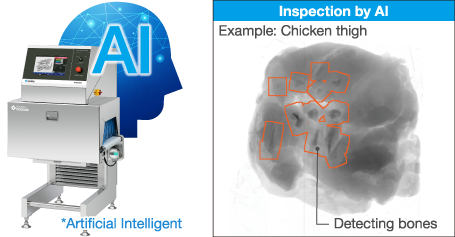 It is important to detect foreign objects from food. But it is also important to judge OK food product as "OK". AI (Artificial Intelligence) can be help its judgement to reduce false alarms. SYSTEM SQUARE developed and released this technology as a forerunner of the inspection machine industry.
At the left figure, AI successes to detect only bones although those look like chicken meat.

Thus, we have succeeded to improve detection accuracy.

SYSTEM SQUARE will continue to contribute to Food Loss and Waste issue by supporting our users as an inspection machine manufacturer.

Please feel free to ask any question to us.